A company traitor is a term that describes any player that has the desire to steal, destroy, or mess around with another player from the same company in an attempt to harm them or for a personal gain. A common traitor is a company killer. These type of players seek to destroy ships of their own company for either rewards or for pure fun. Although Bigpoint does not have any rules against this, there is a rank system that is placed against it that has a stat for any same company ships killed which then will lower your overall rank.

If a company traitor destroys another friendly ship, they lose 100 honor each time. There are also what are called Outlaws in companies. These players have a gray circle with a red crosshair next to their rank, meaning they have -500 honor and have attained an outlaw status by stealing player's cargo or various negative honor actions which also includes destroying same company ships. You can destroy outlaws as they give you positive honor points for doing so. On top of this, players from the same company will help you out if it looks like you were shot at first.

What to look out for[] 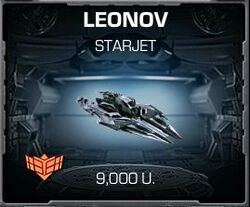 A company traitor may often use fast ships with a decent amount of weapon and generator capacity. Common ships to look out for are Nostromos, Leonovs, Vengeances, Goliaths and in some cases Piranhas . You may even find the average Phoenix ship to be a company traitor but are rare to find due to such low HP. Most Full Elite players do not become company traitors due to having a reputation and also may have positive honor.

If there is a clan on your server that is known for company killing, look at their clan tag. If you are in a small or weak ship, look out for people who part of known company killer clans, or go in an outfit with a stronger player.

If you see two people from the same company fighting each other then it is best to keep out of the fight altogether whether you know who started it or not, if you get involved in company killer fights that you weren't involved in and you manage to destroy one of the people in the fight, you will lose honor. (Unless the person you were attacking was an outlaw)

What a company traitor should look out for[]

Company killers usually attack smaller or weaker ships such as Phoenixes and Yamatos however of the braver (or more stupid ones) attack Goliaths, which usually doesn't end well for the company killer. They also attack badly damaged ships because they would get destroyed themselves if they were to attack these ships at full health. Thus they are cowards. Also, many of them will take an opportunity to attack you while you are attacking a powerful alien such as a Sibelon. To avoid that from happening, try to get into an Outfit with others so that while some people in your outfit may be attacking the Sibelon, you can turn off it to fight off the Company Killer.

How to avoid or win a company traitor[]

The most obvious way to beat a company killer is to kill them. But if they're near a portal, they could jump before you have a chance to give them what they deserve. Or what if you're in a weaker ship than they are, you will almost certainly get killed.

If You Are A Weaker Player[]

If You Are A Stronger Player[]

The important thing to remember is that if a company killer is attacking you over an alien. DO NOT STOP ATTACKING THE ALIEN. This will mean you will lose your lock on the alien meaning they will get the kill they do not deserve. However if the company killer is a strong one and has got you down to only a quarter of your hitpoints then by all means run. If you are in a clan, get your clan to hunt them down and inform your clan leader.

A company traitor in a PvP (battle) map[]

Then you are but lost, defenseless, out of luck. However, you'll be happy to know that Company Killers rarely go into PvP maps because once they are in a fight, they are unable to escape, thus defeating their purpose.

If you kill an Outlaw, they will be treated just like an enemy ship. You'll receive experience and honor points according to what ship the Company Killer was in. Also make sure you can take the Outlaw down, you don't want to attempt to attack a Goliath Outlaw while you are in a Nostromo. If the person is a hardened outlaw, then even a Defcon could attack, as the further down the Negative Honor scale you go, the more damage you lose when shooting your company.

Where company traitors are and when they attack[]

They never attack in X-1 or X-2, this is because you are unable to attack your own company in your company's first two maps. X-3 and X-4 are common places for company killers to lurk and attack as well as X-6, X-7 and to a lesser extent X-8. However, the Level Invasion Gates are by far the most ripe spot for Company Killers,since there is no way out, only by death and plenty of aliens to assist them.