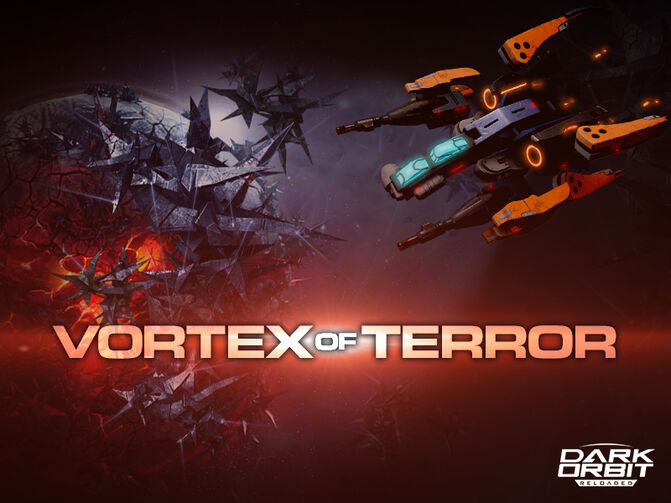 The Vortex of Terror is a Halloween galaxy gate. You will find a mix of aliens from Zeta Gate and common aliens. It also features the return of the UFO, a very old NPC that is found on very rare occasions and its main defender, the Ufonit.

It's a very long gate since it has 72 waves and takes a long time to finish. As a player, you have 5 lives and after you've been destroyed for the 5th time or have completed the gate, you have to wait 20 hours until you're able to play the gate again.

In Shop, there are several different drone designs you can buy. They are enlisted below:

This is all the waves inside the Vortex of Terror. Please note the waves are randomly generated via the portals and there is no way to know which portal will take you to what wave.

This is taken directly from the Bigpoint forum page. You can find out older waves from the gate and more official information here.[]

The Ghostifier turns the player’s ship into a Ghost upon usage for 60 seconds. Cooldown: 120 seconds and it's a consumable item, works like e.g. EMP Available in the Shop for Payment.

It is worth noting you can still be locked and attacked while in this form and are not cloaked.

You can also buy it underpayments in a pack of 10 charges available in Payment for a discount.[]

The Uber Sibelons appear as both 15 and 20, this is mandatory; Here are some tips for them:

Tips for Other Waves[]